Mandella Eskia aka BlackZeusx is a representative of the NYC based collective Black God Pantheon, make sure you come here for all things ZeusX!.  Go stream his latest latest projects Bury Me in Gold Vol. 1 and 2 as well as Steal Summer by searching Mandella Eskia on TIDAL, Spotify, Apple Music, Audiomack, Bandcamp, Googleplay etc. WE THE GODS 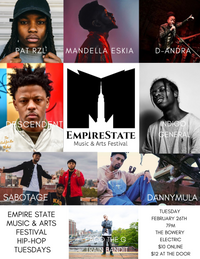 Tuesday February 26th Mandella Eskia will be performing at the Bowery Electric with Empire State Music Fest. Tickets are 10 dollars if you buy them now. I will be rocking along with, Paco The G Train Bandit, Indigo General, Pat RZL, Descendent and more. 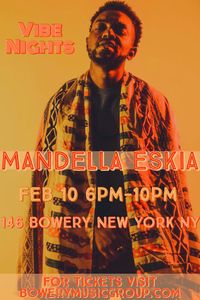 Mandella Eskia will be performing brand new material at 146 Bowery on Sunday February 10th, 6pm. Buy a ticket and come through. #BGP 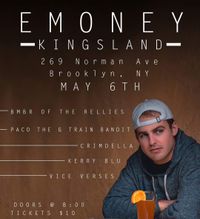 Crimdella at Kingsland BK with EMoney

This Sunday May 6th catch Crimdella for another #ZeusX Weekend event. This time Crimdella will be rocking at Kingsland in BK with EMoney who recently appeared on Wild N' Out with Nick Cannon as well as Paco The G Train Bandit, Kerry Blu, ViceVerses and more. Show starts at 8pm, 10 dollar cover. 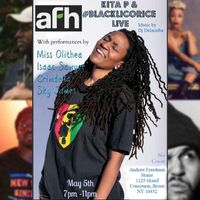 Crimdella live in the Bronx with Kita P and Black Licorice

Catch Crimdella Saturday May 5th at the Andrew Freedman Home in the Bronx for the beginning of #Zeusx Weekend. Show starts at 7pm and Crimdella will be performing at 9pm. Great local event for Bronx and Harlem natives. It's also free. 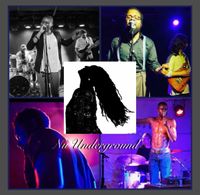 Featuring: Crimdella aka #BlackZeusX - Founding member of Black God Pantheon [BGP]. Crimdella's latest album, the self-released Bury Me In Gold, is a testament to the emcee's skill, and Harlem's rich African American identity. Uptown's legacy, it's juke joint past, its street wisdom, and unapologetic pro-black heritage all flourish in Crimdella. Bury Me In Gold 2 coming soon! www. Crimdella.com

OJ in The Yams - Featured on Sofar Sounds NYC. A NYC based band that fuses hip-hop, rap, spoken word, R&B, classical, and good vibes to create an intimate and groovable noise.

Kita P & #BlackLicorice - [BGP] - a singer/songwriter blending r&b, soul, hip hop, and folk to share her message. Her latest project, The Lesson, (released summer 2017) takes you on a musical journey of coming to, with a through-line of self-worth. From songs that comfort the soul and trigger nostalgia to songs that have a world history lesson illustrating the archive can change and that the archive is endless. www.kitapmusic.com

Ohene Cornelius - His music has been given to him by the Gods to lead you into portals of self expression and advancements in society. His stage show is a mixture of live/digital instruments, visual art and intricate transitions between smooth sultry love songs and uptempo rap music with catchy hooks. https://open.spotify.com/artist/4ITUxz1uhvKAmMzi7iZqPv

PreciousGorgeous -[BGP] - spending most of 2012 riding his bicycle around the United States as a one-man theater troupe performing his repertoire of Street Shakespeare scenes in which he played all the characters. He created an album to document that journey called, What Should Be The Fear (also a one-man show). He fuses hip hop, blues, rock, and folk to share his story. Http://whatshouldbethefear.live/about-the-artists/ 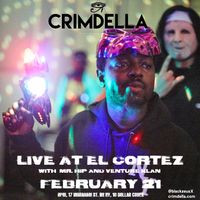 Catch Crimdella live at El Cortez with Mr. Hip and Venture Klan performing new material off of Bury Me in Gold Vol. 2

Let There Be Lit 2

Let There Be Lit 2 at Gamba Forest as part of Chris Carr's 30 days of art. 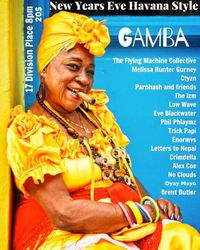 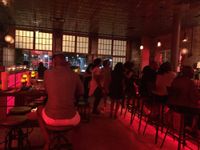 Crimdella will be celebrating the release of his Bury Me in Gold EP at Kita P and Black Licorice's live show at Little Bamboo in Harlem. Catch a live performance of all new music as well performances by REAL iShmAel, Ashleigh Awusie, Monotone and Kita P of Black God Pantheon.

The Boogie Up by UrbanPoetsMovement 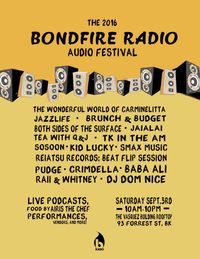 This Saturday Crimdella aka BlackZeusX will be performing and interviewing at the Bondfire Radio FR Audio festival at 8pm.

This festival is a unique fundraising event and marathon of your favorite BFR radio programs, guest DJ's, featured artists, and more LIVE. Be our live rooftop audience for our 12 hour celebration of independent media! If you can't make it out, Listen all day on Bondfire Radio!

A Bizzy Knight in LES